Relive history in the present

Redeveloping a building, a neighborhood or a street means giving it back its value, re-living its historical significance in the present. It also means enhancing it and, giving it a new life, discovering traits that could seem dormant under a new perspective.

Planium is a brand that has also been dealing, over the years, with projects of great historical significance, intervening for improvements or modifications that have accompanied the interiors of undoubtedly elegant complexes with new flooring without altering the magnificent scenery.

In the capital of Italy, Planium has installed its most sophisticated system, the raised MR01 Modulo Radiante, in the Church of Saint Andrew of The Scots. It is an emission system that embodies the principle of rational use of energy sources on the one hand, of achieving climatic comfort on the other. It is a raised floor with a hot/cold hydronic radiant system integrated into the modules in which the elevation function allows the possibility of inspecting the cavity below. This Baroque church is located in the Trevi district in Via delle Quattro Fontane, in the heart of the city and dates back to 1592.

In Florence, one of the most sought after and visited cultural centers in the world, Planium has intervened on two occasions, in historical contexts different in terms of age and style, but of equal value.

In the Museo del Novecento a "double intervention" by the brand was made, which placed the dark Calamine Steel, with its Anthracite Gray and Air Force Blue tones, both on the wall and on the floor. This material is a background that adapts with soothing harmony to the compositions and colors of the most famous paintings of the Twentieth Century, as if it too, with its shades, were a conception of abstract art.

In Palazzo Vecchio, one of the most well-known places in the West, in Piazza della Signoria, in 2014 it has covered the Ticket Office with Calamine Steel plates installed on the walls behind the desks with the AC02 Stick-on system. This Fourteenth Century building is one of the symbols of the Italian Middle Ages with which the peninsula was preparing to enter the Renaissance.

In Venice, a city that is already special in itself and that strongly escapes the rules of classification, Planium has been part in a restoration project of an important "School", a name that in the Middle Ages designated - for this case - the lay Confraternities. The restoration of the Scuola Grande di Santa Maria della Misericordia in Venice, by Arch. Alberto Torsello, were completed in 2016. This jewel of Venetian architecture was then the setting for the installation of one of Planium's most innovative flooring systems: PL01 Invisible Floor, with a metallic finish in dry-laid Calamine Steel. 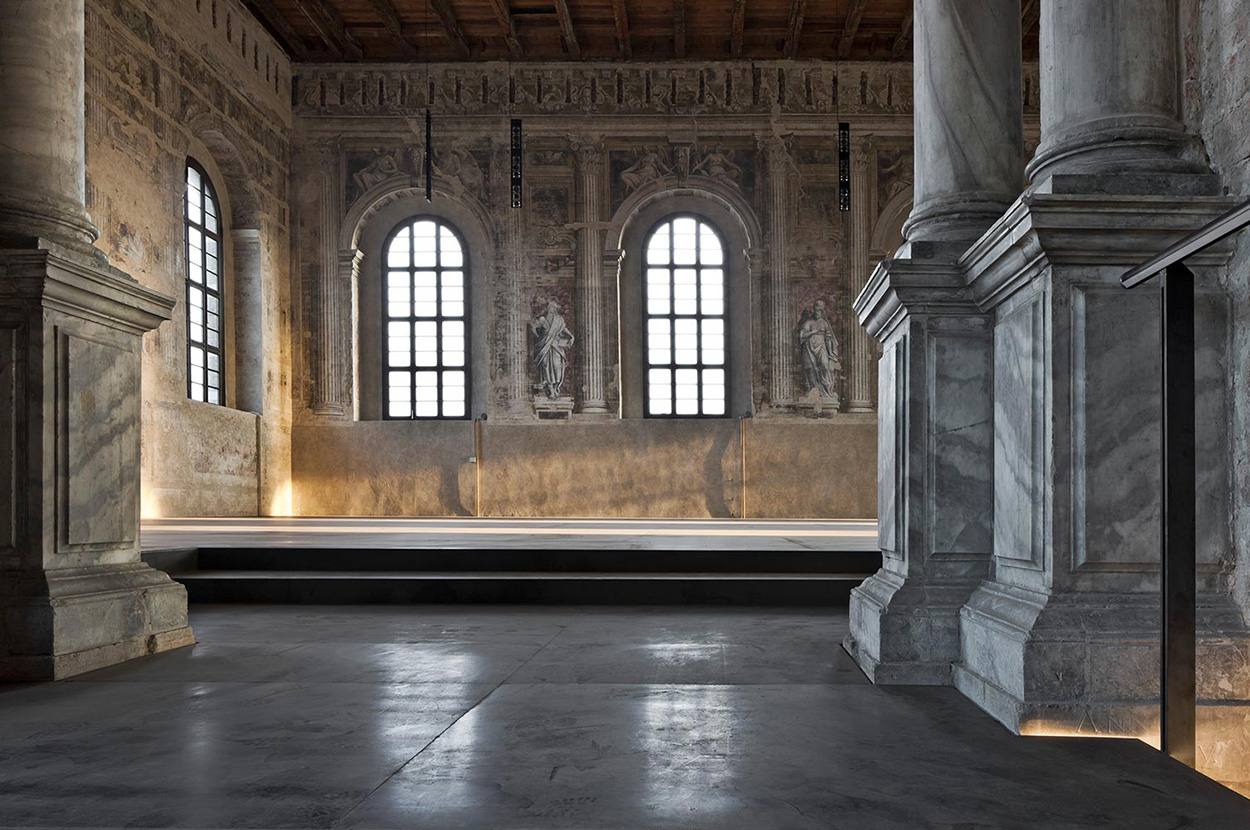 In the most representative and dynamic city of the North, Planium took part in two important historical redevelopment projects. Both are fully part of the discourse on environmental sustainability as they have obtained the LEED Gold certification for the Green Building.

In the Cordusio area, an important late Nineteenth Century building was redeveloped in 2019 through an extensive work that involved various design areas under the direction of the Barreca & La Varra Architecture Studio. Planium worked on the internal courtyard of the building overlooking Via Cantù. Here, pillars and beams have been covered, as planned, with champagne-colored anodized aluminum plates, for a harmonious visual scenario in line with the elegance of the place.

The most recent project in which Planium has taken part is Moscova 33, under the design direction of Asti Architetti. A building with a large internal courtyard and arcade, home to silk makers and then, with the economic boom after the Second World War, to financial services. From the point of view of sustainability, it is a Class A project, therefore of excellence in terms of environmental protection, involving the lowest possible energy expenditure.

The redevelopment phase saw Planium as protagonist for the flooring and covering of the entrance area for a custom project, specially calibrated on the customer's request: this is how Calamine Steel was used, with its shades of Light Blue, Air Force Blue, Anthracite Gray, as the protagonist for the building's lobbies. 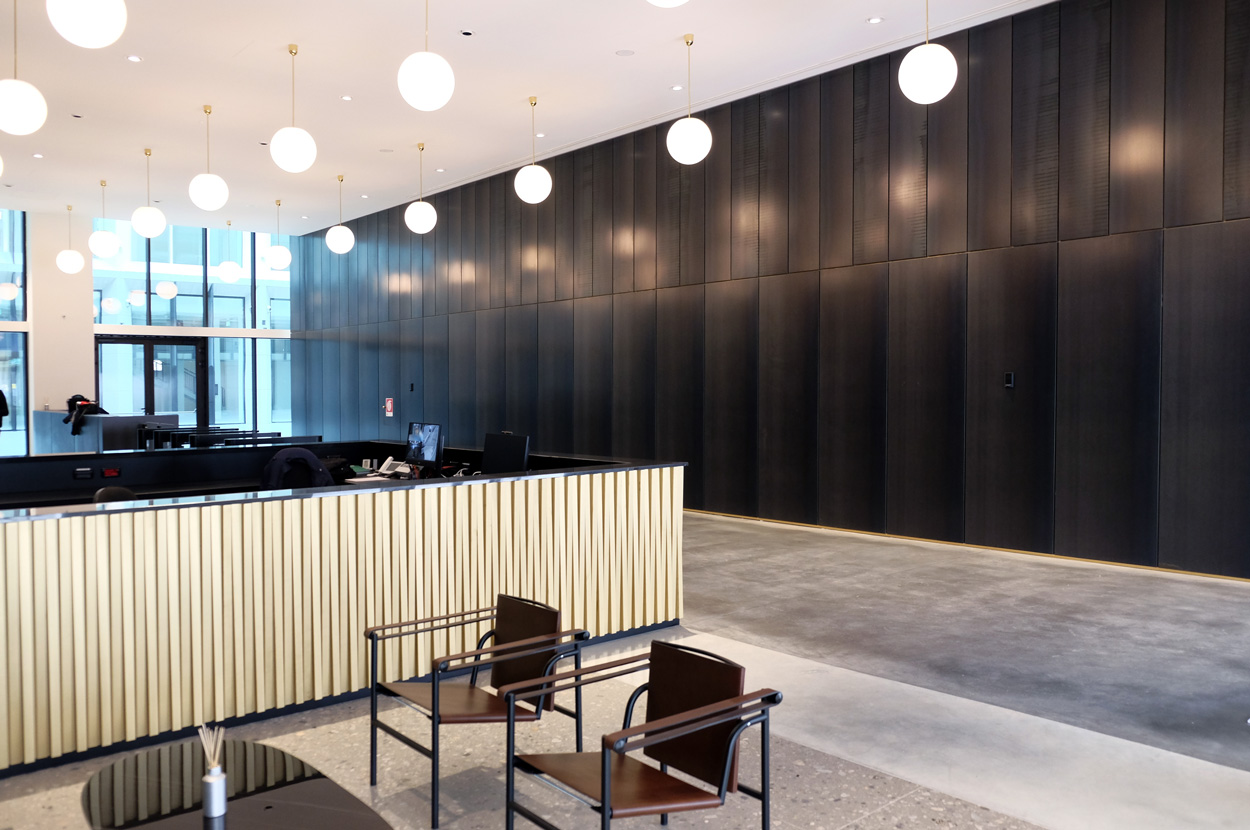